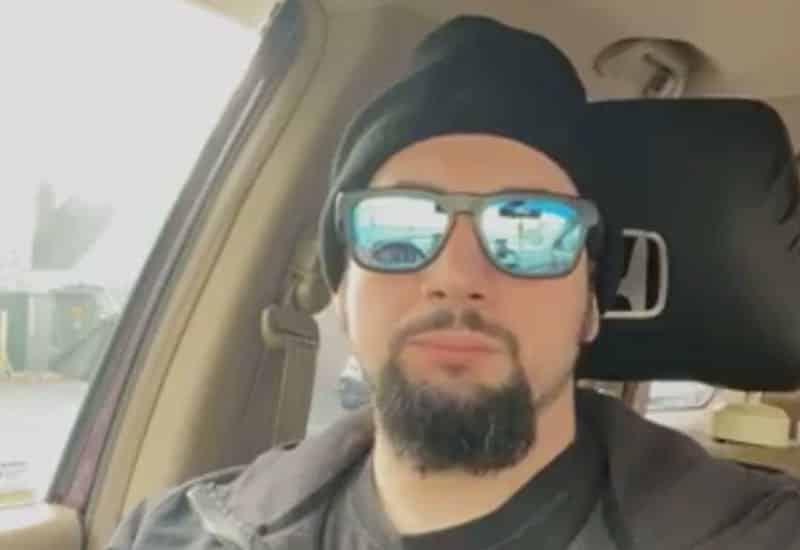 When a person decides to become a member of the United States armed forces, they make an oath. An oath to uphold the constitution. And they take that oath quite seriously. Unfortunately, the same can’t be said for other members of our community who’ve promised to “serve and protect” their fellow citizens. In fact, quite the opposite is true. Anthony Cibelli knows. He’s experienced it firsthand.

This is precisely why we see countless veterans protesting injustice in the streets yet being beaten and attacked by police who are simply pawns of the powers that be. “Back the Blue” is not a wise motto to live by. It’s the motto of the non-thinker. The motto of a person who fails to see just how corrupt their government can act. And the motto of a person who fails to understand that, at any moment, armed thugs with the power to kill and ruin lives can be manipulated into doing the bidding of corrupt elites in high places.

Truthfully, the police have more power and less scrutiny than the people who literally defend and die for our country. The same is true for judges and attorneys who misuse their power and violate the rights of the citizens they vowed to help. This is particularly a huge problem for our veterans. The result? Sky-high veteran suicides.

Anthony Cibelli is a former paratrooper for the 3rd Brigade Combat Team, 82nd Airborne Division. Cibelli served in the Army until 2010 when he was discharged from active duty.

Upon returning to civilian life, Anthony started a foundation called Planned Parenting with the goal of providing representative support to fight for the needs of the community, and to undo the years of harm, abuse, and disproportionate outcomes of court cases for American children and families.

The Mission of Planned Parenting

Planned Parenting for a better future while helping to unravel the decades of trauma and harm which has been sustained due to the corrupt establishment.

United By A Common Goal

Equal rights and protections under the law and the Constitution will be enforced by undoing excessive and restrictive legislation which oppresses our rights through being repealed, amended, or whatever is necessary. Planned Parenting advocates for the most effective restoration of rights, strive to promote peace, happiness, and unity.

This group advocates for healing through its policies and pushes to reunite our children and families unjustly separated via oppressive and draconian laws. Laws utilized to exploit the vulnerability of children and families via the lack of accountability, financial interests of states, and issues caused by immunity.

It is their objective through unity, to ensure that the best policies and rule of law are being legislated for, practiced, and enforced. As a result, they hope our communities, children, and families can enjoy a safe life of happiness, peace, and growth.

We charge our veterans with some heavy mental and physical tasks. Tough scenarios known to cause mental and physical harm to them. They see and do things that normal members of society simply can’t imagine. Therefore, it’s no wonder they come back from war completely different people. Some veterans return and go right back to living life as if nothing happened. Others return with mental and physical trauma. Many suffer silently, become distant from friends and family, and develop agoraphobia.

As depression and PTSD are common symptoms of experiencing war, some simply don’t know how to cope any longer. Finally, when the pressure is too much, suicide is all too frequent, their only way out. This horrible end to the lives of men and women who have served our country is already a tragedy in and of itself. However, the family court systems do so much to add to the stress veterans are under. It’s disturbing and disgusting. And it’s not ok.

Judicial abuse and violation of protected rights devastate individuals and rip apart families. Furthermore, these actions undermine society as a whole. This is particularly true in regard to our veterans. And Anthony Cibelli is on a mission to raise awareness about this injustice.