Is the Arizona Department of Child Safety Any Better Than CPS? 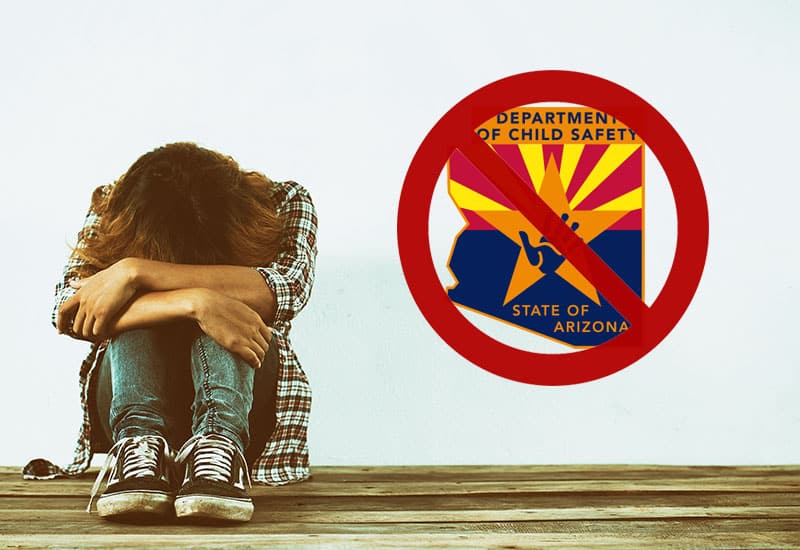 Nearly six years ago, Arizona CPS was disbanded due to mass internal corruption. Governor of Arizona Jan Brewer made the call. The intention was to dissolve an institution so massively corrupt that it was not worth saving. Simply put, Arizona’s Department of Child Protective Services was a lost cause. An organization plagued by backroom dealings, Nazi sympathizers, and incompetent officials. An organization that had systematically destroyed lives for decades.

You could generously refer to the many levels of the system as inept. You could call their recklessness an accident. At best, you could call some of the staff and individuals involved “lazy” and “overworked”. At worst, they were complicit in the destruction of thousands of innocent lives. And that system fed into itself for years until it collapsed under its own weight.

Subsequently, CPS was replaced by the Arizona Department of Child Safety. But is the organization any better? Have things improved for the children and families affected by the state’s failures? And have any of the perpetrators of the many crimes and coverups been brought to justice since the Arizona CPS scandal was brought to light? We’ll examine that here. However, we warn you in advance not to get your hopes up.

A Cause for Concern

But why? What was causing such drastic problems in Arizona? Were parents getting worse? Were reports of child abuse and neglect going up? In fact, these increases were likely fueled by extensive state budget cuts. Budgets for programs providing home life assessments, case management, and services for families with children deemed to be at low risk of further neglect. In fact, allocated funds were cut in half. Consequently, these important support services which had previously helped keep families together were nearly eliminated. As a result, thousands of children flooded into the state foster care system.

In early 2014, Governor Jan Brewery suddenly shut down Arizona Child Protective Services. But why? Well, it turned out that the former agency was under severe scrutiny because of thousands of child abuse and neglect cases that were reported but were never investigated. In fact, Arizona CPS was so corrupt that Governor Brewer felt it was not a reparable institution. It was not possible to fix it. The internal rot was powerful and the roots ran deep. Brewer cited mass internal corruption, mismanagement of cases, fraud, and incompetence as some of the many reasons for this decision. About the Arizona CPS corruption scandal, Governor Brewer had this to say:

“Our immediate challenge is to transform our child protection system to ensure the safety and well-being of Arizona’s abused and neglected children. We discovered the horrifying truth that some at CPS failed to investigate, or even respond to, thousands of reports of child abuse. This is unconscionable! It is evident that our child welfare system is broken – impeded by years of structural and operational failures. It breaks my heart and makes me angry!

Enough with uninvestigated reports of abuse and neglect! Enough with the lack of transparency! And ENOUGH with the EXCUSES! The time has come to statutorily establish a separate agency that focuses exclusively on the safety and well-being of children and helping families in distress without jeopardizing child safety. Child safety must be the priority and become embedded in the fabric of this new agency. It is our legal and moral duty.”

The Arizona Department of Child Safety

Finally, some action. The community hoped that the Arizona DCS would prove to be a more reputable organization. The citizens of Arizona prayed that the horrors of the past would be rectified over time. However, these prayers fell on deaf ears.

A massive number of the employees of Arizona CPS were, for some reason, allowed to transfer over to the new organization. You read that correctly. The vast majority of the employees complicit in the destruction of the lives of thousands of children and families were allowed to move into a new cushy position at the Department of Child Safety. Punishments were minimal. In fact, some saw no punishment at all. The judges, police officers, and lawyers continued on without intervention or prosecution. To this day, they remain in the same or higher positions.

Is the Arizona Department of Child Safety Any Better?

While we’d love to report that the Arizona Department of Child Safety is a much better institution than CPS, we simply can’t do so. After all, the same issues appear to run rampant to this day. The evidence for this is all over the internet. Plain as day.

So how is this possible? And so frequently? Over and over. Time and again? Often times, these children are physically, mentally, and sexually abused. Sometimes by their foster parents. Sometimes by the state employees who continue to destroy the lives of the children and families of Arizona.

In fact, in 2015, the Arizona DCS announced they had settled a lawsuit brought on by Children’s Rights, Inc. The group claimed that “four core deficiencies within the child welfare system” compromised the health, well-being, and safety of the children in their care. According to Children’s Rights, Inc., the suit was filed “on behalf of the more than 16,000 abused and neglected children in state care” who were exposed to “further physical and emotional harm” while in the State’s care.

The “four core deficiencies” mentioned in this lawsuit against the Arizona DCS are as follows:

Additionally, it’s not just the Arizona Department of Child Safety who continues to allow the abuse and neglect of Arizona’s children. The court system including judges, police, and lawyers are also to blame. The lawyers make huge amounts of money keeping these cases in court for extended periods of time. On the other hand, the judges and police continue to hide behind their state-given power; all in cahoots with others who escaped prosecution from the original Arizona CPS scandal. As of this point, few of the people to blame have been brought to justice. In fact, very few of these people have been called out for their crimes. That’s where we come in!