The AZ DCS is Just as Corrupt as CPS Was 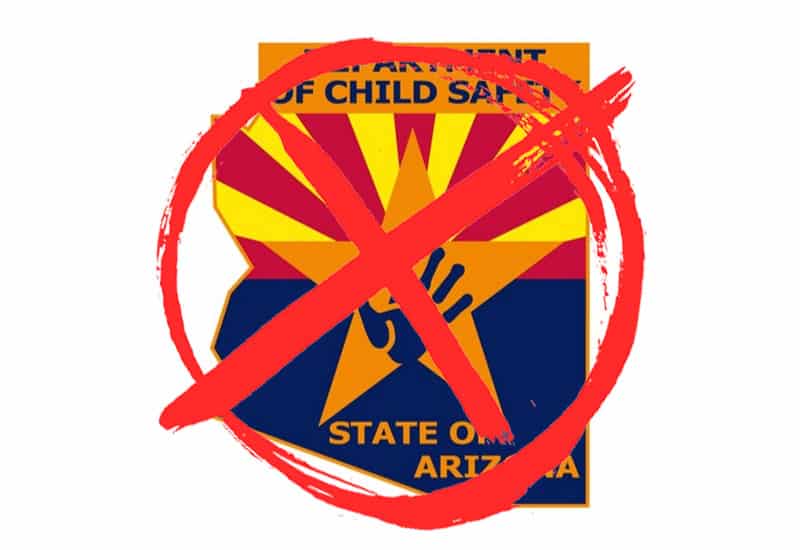 In most states, Child Protective Services is a respected agency. They protect children from dangerous living conditions. They work with parents to teach them about child care and help reunite families whenever possible. However, that is NOT the case in Arizona. Not for CPS, and not for the New AZ DCS organization.

In fact, Arizona’s CPS mishandling of cases led to such extreme harm to so many children, that the agency was completely shut down by Governor Jan Brewer. It was revamped with the name “Department of Child Safety” in 2014. Sadly, things haven’t changed much. Truthfully, the AZ DCS is just as corrupt as CPS was.

Part of the reason CPS became AZ DCS was because the agency completely ignored over 6,000 reports of child abuse that it was supposed to investigate. 6,000! Let that sink in! And it went well beyond “backlogged” cases. It was blatant delinquency and total disregard for human life, on taxpayer money. And let’s be honest. 6,000 is on the low end. Some sources estimate that number is closer to a staggering 15,000!

Remember that time we all got together and paid a government agency to ignore the safety of our children and just let anyone do whatever they wanted to them? Well, we effectively did that in Arizona for who knows how many years.

The Story of Greg McKay

The person who took responsibility for blowing that whistle is Greg McKay, who at the time led the Office of Child Welfare Investigations, a sort of internal affairs office for AZ DCS. Later, in 2015, McKay was appointed the new director of AZ DCS. Guess what he did next? McKay dissolved the Office of Child Welfare Investigations.

Why would anyone do that, unless he was trying to prevent anyone from investigating DCS again? If a police department gets rid of their internal affairs department, you have any number of potentially crooked cops who no longer have to look over their shoulder. In other words, who watches the Watchmen?

McKay resigned in 2019. An Office of the Governor news release dated July 9, 2019, stated that McKay turned the entire department of AZ DCS around, into a “national model.” The new release was so bold as to double down with, “Today, Arizona leads the nation in finding kids safe and loving homes.” Wow. Research certainly points to the opposite of that, if anything.

The 2018 National Youth in Transition Database Review Final Report for Arizona concluded, “The NYTD Review identified challenges in the state’s collection and management of information…” and, “As part of the state’s improvement efforts, Arizona will need to determine what level of documentation should be in the case file to support case planning for a youth in general.”

AZ DCS Fails to Function At a Reliable Level

AZ DCS does not even meet the proper requirements for general documentation of the children in their care, but apparently, that’s better than the child welfare services of any other state in the nation.

There are many instances in the NYTD Review where AZ DCS reported that a child was receiving financial assistance, or a GED, or a birth certificate, and yet there was no documentation of any of those things. So where has the money been going? Did those birth certificates go to the children who supposedly needed them, or to someone else?

Greg McKay left AZ DCS to become the Chief Operating Officer of a national organization called Childhelp. Their mission is also to help abused and neglected children. Do we really want this guy running any more of these networks? How legitimate is Childhelp? If it’s comparable to AZ DCS, how many children is Childhelp actually protecting, and how many are undocumented, not receiving any of their designated financial help, or worse – lost in sex trafficking?

In conclusion, I’ll just leave you with a quote from Greg McKay. “My thanks to Governor Ducey for the opportunity and challenge of working to ensure the safety and wellbeing of Arizona’s most vulnerable children. I will continue to be an advocate for Arizona children and those who protect and serve them.”

Costs to document this historical government tragedy have been excessive. However, they are far from over. Any contribution you can make to aid our cause is most appreciated. You can donate to Saving Grace Advocates using the link provided. Please help us fight Arizona CPS corruption and bring justice to the families and children who have suffered at their hands. Thank you for your continued support and contributions.