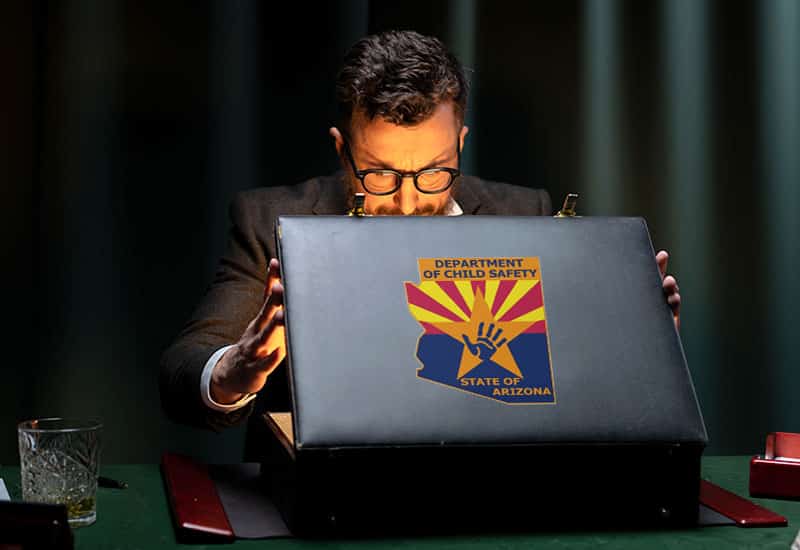 Arizona Child Services has a reputation as one of the most corrupt child welfare organizations in the United States. Allegations of falsified child abuse reports. Blatantly ignored police reports. Kidnapping allegations. Allegations of child sex trafficking. These are the things the Arizona Department of Child Safety can’t seem to get right. They just can’t stay out of the spotlight.

It’s always for the worse, and it’s nothing new. In fact, Arizona residents say the corruption goes back decades. The agency even had to change its name in 2014 from CPS to the Department of Child Safety. A half-assed and vain attempt at a pointless relaunch.

While the name change wasn’t a simple rebranding effort, it may as well have been. Most of the problems were not addressed and barely anyone was held accountable. In fact, nearly all the same people causing the plethora of problems that plagued DCS simply moved over the DCS. Since 2018, the agency has completely lost over 800 children in their care. And those are the ones that we know about!

Arizona Child Services Plays By Their Own Rules

Many parents have stated publicly that DCS made up abuse reports. But why would DCS do such a thing? Simple. So they could take their children away and sell them into sex trafficking rings. It’s sad but true. Facing these overwhelming parental allegations, not to mention the unwanted media and political attention, DCS has actually issued at least one “order” forbidding parents to publicly criticize Arizona Child Services. Damage control!

Additionally, this DCS gag order states that parents “must avoid inviting people to attend DCS meetings or court hearings that may have a connection with the media, such as any journalist, newspaper/news reporters, potential political gain, or anyone who may write derogatory statements in social media or elsewhere regarding DCS or the Judicial system.” What does Arizona Child Services have to hide?

Who Cares About The First Amendment?

Does Arizona Child Services have this authority to disregard the First Amendment? Gag orders like this are rare for judges to enforce. In fact, they should be used only in the rarest of circumstances when making public information that could potentially cause deadly harm. For instance, judges may issue gag orders against the publication of information that could reveal the locations of secret military bases or the identities of secret government agents.

The DCS court hearings the agency doesn’t want anyone to attend have been public since 2008. That’s when an Arizona state law was passed to specifically open up DCS court hearings to public scrutiny. Arizona Child Services has been corrupt longer than that, so at one point, people got fed up and changed the law. Apparently, that doesn’t matter anymore. Little has changed.

One copy of a DCS gag order had an official court stamp bearing the names of a judge and state attorneys. This begs several questions. Are these orders legitimate? Why would a judge order any citizen to keep their mouth shut about matters of public record? How many times has this happened? How often does this happen?

Arizona Child Services has claimed that the hypothetical purpose of any such orders would be to protect the parents’ privacy. I think we can all see through that one. How can you violate your own privacy? You can’t.

Who you tell your business to is your own concern. If you believe DCS has stolen your children and sold them into sex slavery, you have every right to tell whomever you choose about that belief. Apparently, at least one Arizona judge disagrees.

And of course, these documents can’t be made public, because then the parents would have violated the gag order and probably be thrown in jail where they can’t talk to anybody else.