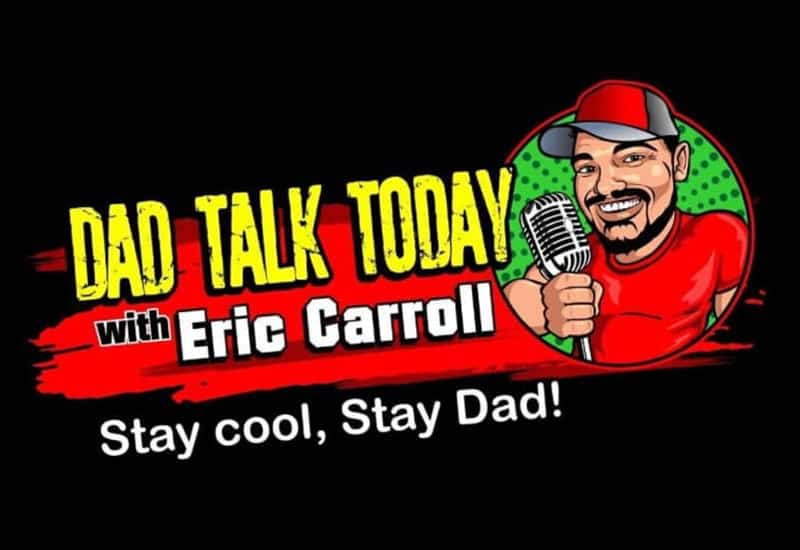 According to their website, “Dad Talk Today is a podcast that talks about all things family law and parental alienation.” Since its inception in August of 2019, Dad Talk Today has already gained over half a million followers on its social media accounts, started a tv show, and well as met with legislators to discuss their issues. Whether you’re going through a divorce or a custody battle, Dad Talk Today has prepared a helpful network with resources to help fathers navigate through difficult times.

Dad Talk Today focuses on many issues such as divorce, parenting through a divorce, and parental alienation. Eric Carroll is a father who had to fight for the right to parent himself. Carroll feels that one of the major issues that we face today is children growing up in fatherless homes, due to a broken court system. He strives to change the narrative surrounding the term “deadbeat dad” and educate lawmakers about how parents, and fathers in particular are discriminated against in the family court system.

In the Dad Talk Today podcast, Mr. Carroll speaks about many issues, but parental alienation seems to be one of his principal focuses. He speaks about his own story, which involves a divorce he was involved in and a custody battle over his young daughter with an ex-girlfriend. He talks about how after the separation from his ex-girlfriend, he tried hard to see his daughter and work cooperatively with his ex but was manipulated and told that he could not see his daughter unless she jumped through all the mother’s hoops.

Parental Alienation is a Serious Problem in the U.S.

Dad Talk Today speaks on how difficult divorce is, not only for the husband and wife but for the children. When in the midst of a nasty divorce, it is so easy for people to become blinded by their own emotions. Feelings of betrayal, anger, and sadness can blind a person to how their behavior during the difficult process is affecting their children. While this is bad enough, this blindness can also extend to how some parents will use their children to hurt the other party in the divorce. They will lie and manipulate, using their kids like pawns on a chessboard to get what they want in court.

What’s even worse is when those same hurt and blind people try to turn their children against the other party in the divorce.  This is parental alienation. There is nothing more painful to a parent when this parental alienation works, and their children no longer want to see them because they have been manipulated into believing what the alienating parent has made them believe.

Psychology Today states that parental alienation is “deeply upsetting” for a child. It confuses children and causes an actual state of grief over the relationship with the other parent. They become puzzled as to when they cannot be allowed to love the other parent like they used to be able to, which causes deep phycological pain.

Another issue that Dad Talk Today tackles is the family court’s corruption and the bias towards fathers. In family court, the primary factor when it comes to custody is the “best interest of the children.” In other words, whoever is seen by the court to be the best caretaker and the children would be better off in the custody of one or the other. Therefore, that person should get custody.

However, when it comes to newborns and infants, especially ones that are breastfeeding, “best interest” becomes a bit hazy. If dad is better suited to take care of the baby, i.e., has a place to live, a better job, a cleaner record, but the baby is still breastfeeding, then who gets custody? More often than not it’s going to be the mother. It’s been a constant staple of parenthood that it’s the mother who plays caretaker and the father, the provider. The courts are supposed to see past these sorts of stereotypes; however, that is not always the case.

Despite Evidence of the Child’s Wellbeing, Courts Still Side With Mothers

It is much easier for a mother to get primary custody of children in a contested custody matter. Why? In fact, it’s because they are a woman, plain and simple. Therefore society believes they are better-suited caretakers, especially for young children. This is why there are so many divorced parents in the country with children living with mom and visiting dad. Nothing against women of course, but the focus should be on the child’s welfare. Frequently, that’s not the case, and deadbeat, abusive moms end up with custody. Meanwhile, Dad of course then has to pay child support to the mother until the children are 18.

Many times, when a couple separates when a child is still breastfeeding, they will agree that the baby will live with mom. This is normally so mom has access to the child at all times for feedings. The problem with this for dads is that when it comes to time to go to court for custody, judges are not quick to uproot a child’s routine and home that they have become accustomed to. Then, just because dad let the child stay with mom from the beginning mom now has custody and dad pays child support.

Eric Carroll and his crew from Dad Talk Today offers information and resources so fathers can father their children. When children are alienated from a parent it causes a tremendous amount of hurt, pain, and sadness. Fathers armed with the resources and support that they need to just keep fighting, even when they don’t seem to have a chance to win, is how we keep fathers in children’s lives.

Parental alienation cannot last forever. Finally, children begin to think for themselves. When they discover alienation has happened and see that their dad has been fighting for years to love them, then and only then will dad truly win.

Any contribution you can make to aid our cause is most appreciated. You can donate to Saving Grace Advocates using the link provided. Please help us fight Arizona CPS corruption. Bring justice to the families and children who suffered at their hands. Thank you for your continued support and contributions.