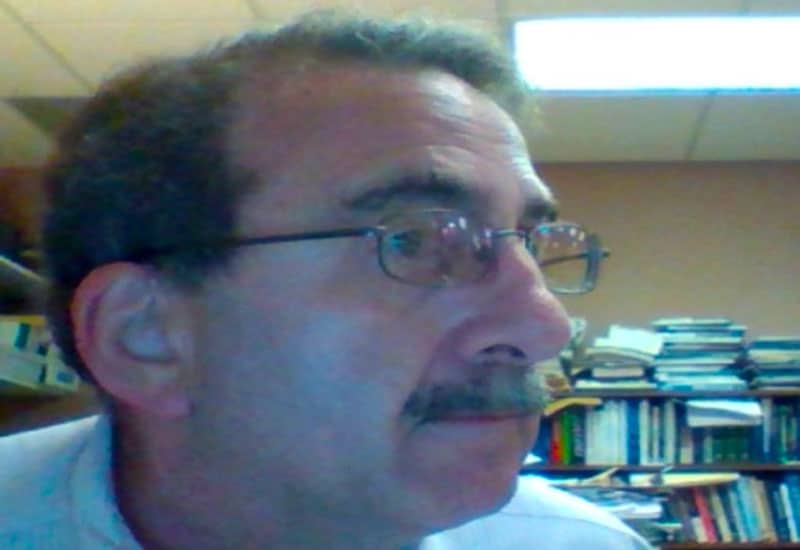 Dr. John Scialli, MD is a child & adolescent psychiatry specialist in Phoenix, AZ. He has over 44 years of experience in the medical field. He graduated from Albany Medical College medical school in 1976. At one point, he was also the president of the Phoenix Psychiatric Council. Frequently, John Vincent Scialli is called to become an expert witness in many cases involving child psychology and psychiatry in Arizona. You’ll come to see that this is a very unfortunate reality for the children and families of Arizona.

University of Illinois College of Medicine at Chicago

American Board of Psychiatry and Neurology

American Board of Psychiatry and Neurology

Unfortunately, this basic information about Scialli is about all we can find. Strange right? In fact, for someone who has testified as an expert witness in many court cases and been practicing for nearly 50 years, Scialli has very little information about himself online. When performing deeper research on John Scialli, it was quite hard to find some of the simplest details about the man and his practice… or scholarly articles he had written for that matter.

His website, or what is listed as his website on Google, looks like it was made in the late 90s and then never touched again. If it is his site, it is listed as having only contact information for a “Marcia Scialli”. In fact, the website address contains that very name and not his own. Odd, yes? However, we can assume it is his site, as the address is the same as those listed on other sources. You can see a screen capture of his entire website below.

Additionally, images of John Scialli are extremely hard to come by. As his website has literally NO information about him, his qualifications, schooling, or practice, it’s no surprise he is absent there as well. However, it is strange that he seems to have scrubbed nearly every image of himself from the internet or has somehow avoided ever having a professional picture of himself taken. As of writing this article, we could find only two images of the man. Again, this is very odd for a professional psychiatrist and “expert” of his stature.

We’re not the only ones who’ve experienced the ineptitude and lack of qualification from Dr. John Scialli. Below are some online reviews left by various people over the years. We hope they will illustrate his continuous failure to act in a professional, competent manner.

He has a 2/5 rating on Vitals with 4 of the 6 ratings being 1-star reviews. Additionally, his Web MD reviews are nearly identical. Likewise, CareDash has Scialli sitting at an unimpressive 1.6/5 rating. CareDash claims Scialli fails in metrics including “friendliness, caring, having a compassionate attitude, patient outcome satisfaction, and overall patient experience.”

I went to this person for a PHP evaluation. I did not have any recommendations so I picked the closest one. Big mistake! After receiving his evaluation he not only ruined my career but made it so that I could not practice. On top of that, he made recommendations that ended up costing me a fortune. I could not understand how a child psychologist could be put in charge of making health recommendations for professionals. I definitely DO NOT recommend this person.

Additionally, Dr. Scialli has been discredited as an expert witness before. In fact, John Scialli’s qualifications were called into question and his “expert testimony” dismissed in the case State vs. Grell. According to an article in The Journal of the American Academy of Psychiatry and the Law, Scialli’s testimony in a double homicide case was deemed irrelevant, as he was unqualified to make the diagnoses he did.

According to passages in the article, the court noted Scialli was “not regularly involved in diagnosing mental retardation, was not qualified to administer tests used in aiding in the diagnosis of mental illness, and had never published an article on this topic.” Instead, “Dr. Scialli relied on the results of administrations of the Minnesota Multiphasic Personality Inventory (MMPI)-2 and Vineland Adaptive Behavior Scale to measure Mr. Grell’s mental functioning and ultimately gave him a diagnosis of antisocial personality disorder, various substance-related disorders, learning disorders, and ADHD.” Additionally, the court decided that “the defense effectively discredited the testimony of the prosecution’s special witness, Dr. Scialli.”

However, this didn’t stop John Scialli from continuing to act as an expert witness in other cases he was unqualified for. In fact, he did so in another case in Arizona. There, it was alleged by the defendant in the case that Scialli was engaged in a character assassination attempt.

In the case we’ve been following for some time, Dr. John Scialli was appointed as an expert witness in the case. At one point, Scialli was given a tape containing evidence of child abuse and neglect. However, Scialli managed to destroy it somehow. In fact, Scialli admitted in court that he did not have the competency to run a tape recorder. He was obligated under private and state contracts to maintain the evidence he was given. He had a tape recorder and comleted interviews. In fact, he admitted he destroyed evidence through much of his own faults. Finally, after being cross-examined, John Scialli admitted that a complaint COULD AND SHOULD be filed against him because of his negligence and incompetence. This was despite his multiple attempts to engage in the character assassination of the father and discredit him in court.

However, Scialli has not seen justice for this destruction of evidence or his crimes against the children of Arizona. In fact, he continues to operate as a court expert witness. Meanwhile, children have suffered and continue to suffer because of his negligence… or what we can only hope is negligence. If Scialli purposefully destroyed evidence to protect other corrupt individuals involved in the Arizona CPS corruption scandal, that would be quite unfortunate. However, it would not be unheard of. In fact, considering the far-reaching depths at which the state of Arizona’s CPS and DCS corruption extends, it would be more surprising if he wasn’t acting with malice