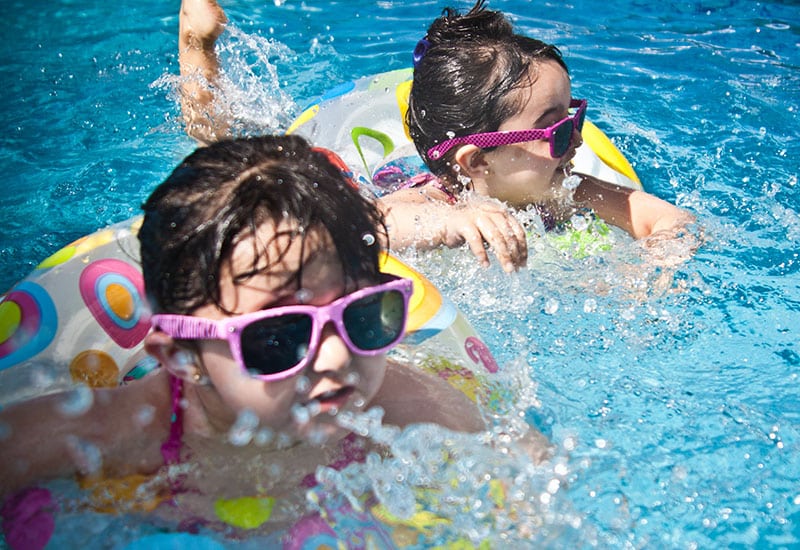 The Obeidalla Birair V Jason Flam story is a horrific case of abuse of power by Arizona CPS. What started with an innocent poolside accident spiraled into a family tragedy and more than a year of bitter court battles that would expose corruption and deceit on the part of state workers.

The case of Obeidalla Birair V Jason Flam revealed that Arizona state workers went as far as to lie in court, under oath, in an attempt to conceal their misdeeds. And we know from the years of documented CPS corruption and DCS corruption that it’s no anomaly. In fact, it appears to be the norm. Unsurprisingly, this case also sparked conversations about greater issues of systemic injustice and abuse of power. It’s one of many lawsuits that Arizona has faced for wrongful child removals by CPS and DCS.

On September 10, 2014, Obeidalla Birair, a father of five, was watching three of his five children play in the pool at his home in Mesa, while his wife Intisar was in the house. A phone call briefly distracted Birari. During that spilt second, one of his kids, a three-year-old (who will be referred to as “Joe”) either jumped or fell into the deep end of the pool. Thankfully, Obeidalla quickly noticed and was able to jump into the pool and rescue his son in time, he was coughing up water but had not lost consciousness.

Obeidalla’s phone had fallen into the water during the pool accident and rescue. As a result, he called 911 from a neighbor’s phone, and rode in an ambulance with his son to the hospital. The doctor observed that Joe was fine but he and Obeidalla agreed that the boy should stay at the hospital overnight, just to be safe. Mrs. Birair stayed overnight at the hospital with them. Little did the Birair family know that this incident would be the catalyst to their lives being brutally disrupted. Soon, they would come to personally know the corruption that runs rampant in the Arizona CPS and DCS organization.

DCS Comes to Cause Problems

That same evening a DCS employee by the name of Opuroku visited the family as part of her overnight shift. She observed the other four children and her report stated that “all four children were sleeping and the father lifted blankets off so she could observe their arms, legs, and face. All four children appeared healthy, well-nourished, were dressed appropriately, and were clean.” Her report went on to affirm that the “children appear healthy, and present with no visible injuries. The home was clean and appropriate, and the parents planned on putting a fence around the pool. At this time, there are two doors with keys and the parents are the only ones with keys to the backyard.”

The next day, Department of Child Safety (DCS) workers Edmond Kolycheck and Sara Kramer came to the Birair family home asking about the pool incident and demanding to enter the residence. Initially, Obeidalla would be told by Kolycheck that DCS would be removing two of the five children because the parents had “no control” over their kids. This, despite the fact that they lacked a court order. Then the DCS workers called the cops and all five children were removed from the home.

Obeidalla argued with the Mesa Police officer who arrived to remove the children. As a result, he was handcuffed and placed in the back of the squad car. His children were separated and sent to separate group and foster homes. It would be more than a year before this family would be reunited. To justify this removal, state caseworkers made false allegations against Mr. and Mrs. Birair, claiming that the children were not being properly fed.

Not The Family’s First Encounter with DCS

This was not the first run-in the family had experienced with DCS staff. Previously, their son displayed some disruptive behavior such as spitting and biting at school, prompting one of his school teachers to call DCS in 2013. According to court records, an investigator came to the Birair’s home to investigate. However, they found no cause for concern and told the Birairs that the case file would be closed.

A year later their child was playing shirtless on his bike outside when he took off running. A neighbor assumed he was unsupervised, and called 911. Police arrived to investigate and notified DCS. They came to visit for another investigation the following day but left without voicing any concerns. These past reports were cited by Kolycheck as justification that the children should be removed because the parents had no control.

By every indication, the Birairs were responsible parents and citizens. Obeidalla and Intisar emigrated to the US from Sudan in the late ’90s. They had both completed college degrees and obtained US citizenship. They had no criminal records or records of domestic disputes. Obeidalla had a stable job at a car dealership while Intistar stayed home with the children. The family were practicing Muslims and spoke both English and Arabic at home. When it came to their autistic child, the Birairs followed the advice of doctors and enrolled him in a school that specializes in educating autistic children.

So how could this happen? Tragically this case demonstrates a larger pattern of DCS caseworkers separating children from their parents under questionable circumstances. Between 2007 and 2017 Arizona ranked third, after Wyoming and Virginia for the highest rates of child removals.

Arizona DCS has faced multiple lawsuits for wrongful child removals and false allegations of abuse. Under current Arizona state law, in order for child welfare workers to remove a child, they must either obtain a court order or issue a temporary custody notice of “exigent circumstances” claiming that the children are in imminent danger. Prior to changes in state law that went into effect in 2018, there were no requirements that DCS get a warrant before separating children from their families.

Mike Moore, a Tuscon-based trial lawyer has a number of pending cases against DCS over wrongful child removals. In an interview from The Arizona New Times, Moore explains, “Before 2018, the procedure was simply for workers not to make any effort to justify their removal through a court order,” he continues, “The standard practice with the agency was for the worker to go to the house, and if the worker decided that the child needed to be seized, they’d prepare a temporary custody notice and hand it to the parent and take the child.”

This is what happened in the Birair case. The DCS caseworkers served the parents with a temporary custody notice and took the five children without a warrant. Then they lied about the facts of the case afterward in order to justify the removal. DCS Broke their family apart. In effect, they stole their children. This is a tragic situation that many Arizona families know all too well.

Eventually, the Birair family sued DCS. Additionally, the staffers that were involved and the Mesa police officer who oversaw the removal of their children were also named in the case. This occurred roughly a year after the incident, alleging civil rights violations.

One of the caseworkers would eventually admit that there was no evidence to support the removal of the children. In late 2018 a judge sided with the Birairs on most of their counts. The state of Arizona settled with the Birairs, and they were paid $900,000 in late 2019 for the pain and suffering caused by the Department of Child Services. And quite honestly, this family is lucky to have at least seen some justice. That, unlike the consistent string of DCS corruption cases, is not the norm.