What’s the Latest Arizona DCS News? Where Do We Stand Today? 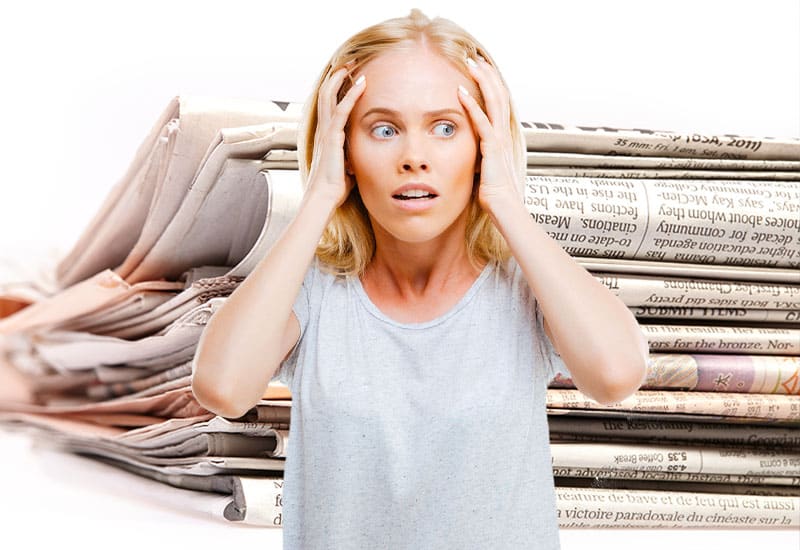 The Arizona Department of Child Safety (DCS) replaced the Arizona Child Protective Services (CPS) department in 2014. If you were an Arizona resident back in then, you surely remember this unprecedented move by the Arizona government. After all, it’s not every day that the government completely abolishes a service department. This was a complete restructure of the agency from the ground up that has never been done by a state government. The reported Arizona DCS news back in 2015 was all over the TV, as the DCS department was supposed to completely re-vamp child safety in Arizona.

The news media rightfully targeted caseworkers who removed children from their homes and placed them into a broken foster care system. One where they suffered repeated abuse. Frequently, these CPS workers failed to perform even the most basic investigations.

Since the abolishment of CPS, the Arizona DCS news seemed like the new department was much better. But has the new department begun to fall into the very same pit CPS was in when it was replaced? The job of protecting children is one of the most important a government agency can partake in. If DCS cannot perform his important function, then it may be time for them to be held accountable.

Currently, the majority of Arizona’s welfare budget is spent on the DCS department. This money could be used for services for parents who are living in poverty. This begs the question. Is Arizona DCS using this money to help the parents of Arizona that are not getting the welfare they need?

The Arizona Welfare Budget and DCS

Normally in the United States, around 23% of families who apply for cash assistance will receive it. In Arizona, only 6% of families who are in need of welfare get the help they need. But why? Simply put, there’s just not enough money left over after DCS takes their monthly share.

The Poor Are Suffering

So, if the majority of Arizona’s budget is spent on DCS, does DCS assist these families with services to help them get by? Or does the DCS department use the welfare money to remove children from their homes and perpetually fund the system? We now know the answer to that question, at least if we’re talking in the past tense. But what about now?

Arizona Mother Who is Denied Welfare, Loses Son Due to Poverty

In 2020, Arianna Bermudez relocated from the Los Angeles area to Phoenix Arizona with her 2-year-old son, David. This move was an attempt by Arianna to improve her son’s life. To move to an area that was safer for David to grow up in. Arianna herself grew up in the California foster system. There, she was physically and sexually abused. As a result, she was determined to give her son a better life and she felt, Arizona was offered her the opportunity to do just that.

After arriving in Phoenix, Arianna got two jobs to help pay for childcare. However, she was only awarded $200 per month in welfare assistance. This amount is one of the lowest in the country. After a couple of months, the payments stopped. Arizona deemed that she made too much money to qualify. Consequently, she saught additional employment to make up for the ceased welfare support.

Setting People Up for Failure

Eventually, Arianna was forced to literally work sun-up to sun-down to afford the rising costs of rent in Phoenix as well as childcare for David. This meant that Arianna was not home when David was allegedly touched inappropriately by a babysitter. Upon finding out about this incident, and due to her own history of abuse, this loving mother was furious and ended up getting arrested and charged with disorderly conduct and had to spend a night in jail.

Arizona DCS opened a case on Arianna and they ended up removing David from his home for over six months. They sited Arianna’s lack of funds and lack of time spent with him. There weren’t even any allegations of abuse or neglect. The removal was only due to this mother not having enough money to spend enough time with her child. That and defending him from sexual abuse.

Some more Arizona DCS news has uncovered some terrible statistics regarding DCS and who they are deciding to investigate. ABC15 News reported in 2022 that one out of every 24 black children in Arizona will end up in the foster care system at some point. It was further reported that 63% of black children between birth and 18 will be investigated by Arizona DCS at least once. That statistic drops to nearly 33% for white children. This statistic was researched by Doctor Frank Edwards, a professor at Rutgers University who co-authored a national review of CPS data around disparities.

Court Appointed Special Advocates for Children of Arizona (CASA) is an organization of volunteers who are citizens appointed by judges to investigate the circumstances of DCS removing children based on allegations of abuse or neglect. CASA reports that in 2021, African American children are “four and a half times more likely” to end up in foster care than white children, in Arizona.

Edwards’s study further reports that, out of the 20 most populated states in the U.S., Maricopa County led the entire country in foster care placement. Additionally, they placed similarly in termination of parental rights for African Americans from 2014 to 2018. These were years when the new Arizona DCS was live and operating. The higher-education authors said it was “comparatively extreme,” regarding the rate at which Maricopa County black children were removed from their parents during the four-year time period. (Edwards, 2021).

Back when the old Arizona CPS department would remove children from their homes without performing a proper investigation, it came to light that most of the time it was due to not having the manpower to do the investigations. The old CPS division has just a fraction of the funding that DCS has today. Arizona DCS news reports still show that DCS is just as aggressive in removing children from their homes. Azcentral reports that Arizona DCS removes 28 out of every 1,000 impoverished children, a rate nearly 50% above the national average.

In Prescott Arizona, a bunch of DCS workers showed up to work one day all wearing bright pink custom tee-shirts that read “Professional Kidnapper” on the front, with “Do you know where your children are” on the backs. These workers were naturally fired by the department, but the damage was already done.

The Tee shirts were an apparent attempt to make light of critics’ view of the current DCS actions and the aggressive removal statistics as the word “kidnappers” has often been used. The DCS higher-ups have no comment on the reports.

A popular YouTube channel called Fantastic Adventures had at one time over 800,000 followers, and more than 240 million views. It was a fun little show that acted out fictious adventures of small children. The show’s creator, one Machelle Hobson, also known as the “YouTube Mom”, was even approached by Disney at one point.

Come to find out what was going on behind the scenes of these cute little videos was nothing short of horrific. Hobson had 7 adopted children all living in the home who were forced to act in the YouTube videos. All the children were victims of horrific abuse and neglect. When the children were finally rescued from the home, thanks to one of Hobson’s biological daughters, they were all malnourished. They were also covered in bruises, scars, and burn marks.

Hobson would lock the children in a room and refuse to give them food or water for days. Additionally, she denied them access to a bathroom. Hobson held their heads underwater, pinched their genitals and sprayed them with pepper spray from head to toe. If she was in a bad mood, Hobson would reportedly remove the lightbulbs. As a result, the kids were locked in the dark, starving, in dirty diapers for days.

After the children were rescued from YouTube Mom, some interesting Arizona DCS news came into light when it was discovered that there had been several reports of abuse and neglect to DCS regarding Hobson. The first of which came from a babysitter that reported to DCS that Hobson would lock the children in a room for unnecessary amounts of time while they yelled and cried. DCS found that this report was “unsubstantiated.”

Two years later another of the children tearfully reported to her teacher that Hobson made her stand in the corner when she gets home until she begs for food.” A week later there was another report to Arizona DCS from the same school that another of Hobson’s children has displayed evidence of neglect.

The teacher reported that the girl was legally blind and had intellectual deficits. The report to DCS included that the teacher had noticed the girl’s shoes were falling apart and that she had “gunk…on her teeth up to her gum lines.” When asked about brushing her teeth, the teachers said the girl “hung her head and said [Hobson] took her toothbrush away.”

After a couple more “unsubstantiated” reports, in December of 2017 a young boy was found naked and shivering by police in the back of one of Hobsons neighbor’s yard. The boy begged officers to not take him back to Hobsons home. He told them he had been starved by Hobson. That she pepper sprayed him in the face and genitals. However, the police took the young boy to the hospital where Hobson was allowed to pick him up. Go figure!

The police made a report to Arizona DCS about the incident. This time DCS actually sent a case worker to the house to investigate. However, it is unclear as to what was done to “investigate” the allegations. Again, DCS found the report to be “unsubstantiated.”

The Latest Arizona DCS News is Nothing Good

It’s truly mind-boggling when you think about how a system that is so quick to remove a child of color from a home for basically nothing, and then ignore several reports of abuse and neglect coming out of a single home. You have to wonder if the color of Machelle Hobson skin, or even the fact she was a YouTube creator had anything to do with DCS repeatedly turning a blind eye.

As far as how the Arizona DCS is performing lately, there doesn’t seem to be much of a difference between them and the old CPS department, outside of having a much larger budget. With Arizona providing DCS with a majority of the money that should be going to the families that DCS is targeting, you would hope that DCS would focus more on helping families who are struggling, instead of removing their children.

Costs to document this historical government tragedy have been excessive. However, they are far from over.