What Can I Expect When I Go to Arizona Family Court? 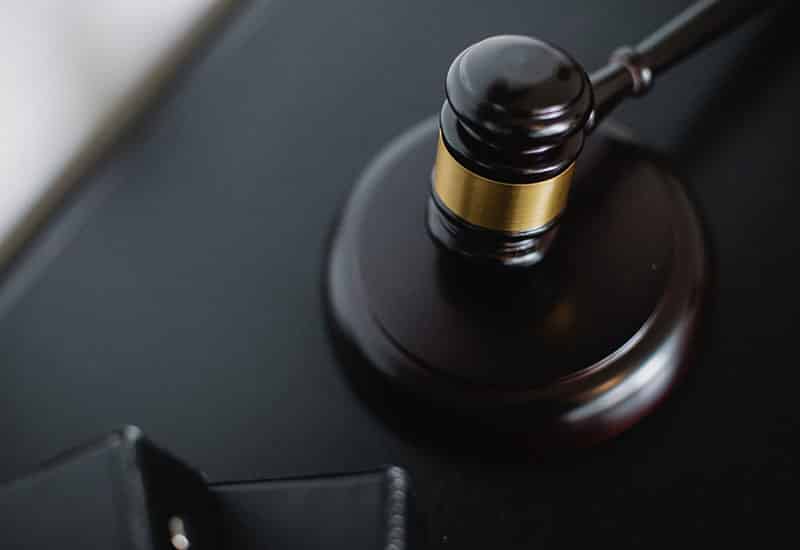 On the Way to Arizona Family Court?

This article will outline what to expect in an Arizona Family Court. You’ll discover how they typically handle issues such as child custody, parenting time, or child support. Remember, this information is not legal advice. In other words, you should still seek out a qualified attorney to support you as you embark on this journey. It may be a long and arduous one.

Even after parents separate or divorce, they still have a responsibility to co-parent their children. However, sometimes those agreements can be decided upon privately. If the parents are unable to come to an agreement about a plan for raising their children, the court will order a plan of action.

They also decide matters concerning the best interest of the health and welfare of the child. They will usually include the court making decisions about how much time the child will spend with each parent. Finally, they’ll select which parent will become the primary caregiver. In certain instances, unmarried parents, relatives, or other persons may also ask the court for custody and parenting times.

Custody is a legal term that refers to the right of a person to make decisions about the care and welfare of a child, such as decisions related to their education, health care, and religion. The parent with custody of the child is known as the “custodial parent”. Many times the child will be living with their custodial parent for the majority of the time.

Arizona law does not favor one type of custody over another or give preferential treatment to a parent due to their sex. At least on the books. However, this is frequently disputed by those who feel they have been wronged by the Arizona Family Court system. And trust us, there are more than you think.

Parenting time is also sometimes referred to as visitation, residential time, contact, or access, and it is a legal term that refers to the child having an opportunity to spend time with a parent that does not have sole legal custody. This parent is often known as the “non-custodial parent”. Most often problems arise when it comes to agreeing on custody and parenting time when parents are asking the court to dissolve their marriage through divorce or legal separation.

Custody disagreement can also arise between parents who have never been married or lived together. Sometimes these disagreements and problems between parents don’t go away, even after the divorce is final. When it comes to situations like these parents may not see eye to eye on matters that impact the child’s health, welfare, education, where the child lives, and how much time each parent is allowed with that child. In the best-case scenario, parents are able to agree on custody and parenting time, however, if they cannot come to an agreement, then the Arizona legal system must become involved.

In the state of Arizona, when one person has sole legal custody of a child, the courts have ordered that one parent should be responsible for making the major decisions regarding the child’s care or welfare. Both parents may still discuss these important matters together. However, only the parent that has been designated by the court will have that authority. That parent makes the final decision in an event where the parents do not agree.

If the parents have “joint custody” this can refer to either joint legal custody or joint physical custody or both. In most cases, in order to obtain an order for joint custody, a written parenting plan must be submitted by both parents to the court.  If the parents are granted joint legal custody, each of them has equal rights and input when it comes to making decisions about their child’s care and welfare. In other words, neither parent’s rights supersede the other’s.

Procedures For Getting a Custody Order

The Arizona family court may grant a custody order in certain kinds of cases. For example, when one parent asks the court to change custody decisions that were previously established. Custody may also be ordered in cases when one parent starts a case to determine the paternity or maternity of a child.

If parents cannot agree about the custody arrangement for their child, the Arizona Family courts are automatically designated with the authority to make the final decision. Frequently, it results in disaster. Oftentimes, families are destroyed in this process. The court may issue temporary orders until the final trial if the parties are unable to reach an agreement independently.

Even after a decree of legal separation or divorce has been granted, the court still has the power to change or modify an existing custody order. They make the rules. And sometimes, they go rogue. Especially in regards to cases surrounding the Arizona CPS corruption scandals. After all, they’re a part of the problem. Self-appointed guardians of the status quo.

The custody order may be modified if either parent submits a written request. The Arizona Family courts will be looking to see that the best interest of the child is being served before considering any changes. This is all decided upon by them, so they get to call the shots.

Parents or guardians will file their written requests with the Clerk of the Superior Court. Be prepared to pay a filing fee. Before considering this course of action, it is helpful to consider the following things.

Requests cannot be filed for one year from the date of the earlier order, with the exception of special circumstances, such as serious endangerment of the child’s physical, mental, emotional, or moral health. Modifications to joint custody orders can be requested any time there is evidence of domestic violence, against anyone that is in the home, including spouses and children.

If the parents have a joint custody arrangement and one parent is failing to obey the court’s custody order, the parent must wait 6 months before seeking to modify the order, if the reason for filing is because one parent is not complying with the court order.

If the parents can’t come to an agreement about custody, the court may refer them to internal court mediation services. This is intended to help parents reach an agreement, but if they are unable to do so the court will make the final decision. Sometimes the court will ask outside experts to evaluate the family situations and offer an opinion about custody. In some situations, the courts may even order that social services or another agency perform an investigation as well.

Ultimately the best interest of the child is the basis for the court making its final decision. Other factors that the courts consider include the wishes of the parents, the wishes of the child, how the child interacts with each parent, the health of each person involved, the child’s adjustments to the home, school, and community, which parent primarily provided care for the child in the past, and which parent is more likely to allow the child to have frequent and meaningful contact with the other parent.

Other factors the court may consider include whether or not there has been any domestic violence in the family, drug or alcohol use by a parent, or if there are any other circumstances that could be endangering the child’s health, whether that is physical, mental, emotional, or moral.

Arizona state law provides that when a custody order is handed down by the court, that the court must also decide what amount of child support is to be paid by each parent, according to the Arizona Child Support Guidelines. Just because both parents have joint custody does not mean that either parent waives their responsibility to provide for the support of the child. The total amount of child support needed is divided amongst the parents and is based on their monthly gross incomes.

Using this framework of a proportional share of income is helpful for parents trying to reach an agreement about how to divide costs such as out-of-pocket medical expenses, extracurricular activities, and education costs.

When Someone Other Than a Parent Has Custody

In certain circumstances, grandparents and great-grandparents can be granted parenting rights. Sometimes that is determined to be in the best interest of the child. However, Arizona is notorious for ignoring the rights of grandparents. Frequently, they’ll funnel children into the foster care system instead.

Furthermore, in extreme cases, the court may feel that it is necessary to order a social service agency or mental health professional to be involved with a family. In their mind, this ensures that parenting time or custody orders are followed. However, the caseworkers are usually too bogged down to do a very good job. Sometimes, others completely mishandle cases. Others are downright corrupt and they’re only interested in advancing their own agenda, whatever that may be. The court may also order supervised exchanges in the event of high conflict relationships between the parents.

One or both parents may file a request with the court for temporary orders. Temporary orders are short-term decisions made by the judge which remain in effect until a final court order is entered in the case. The Preliminary Injunction is the first temporary order issued in a suit for dissolution. In addition, either party may file a petition for temporary orders for child-related issues such as child custody, child support, and parenting time. If no agreement is reached after the proper request is made, a hearing must be requested and held before the court, including witness testimony and presentation of evidence.

Navigating the Arizona Family Court can be extremely stressful. After all, they get to decide the course of action that will impact you and your family’s future. Decide whatever they feel is most appropriate for you and your family and enlist support if necessary. However, that’s not always a positive thing. Frequently, someone is left unsatisfied, wronged, or financially drained. Sometimes, all of the above.

At Saving Grace Advocates, we recommend you find an attorney that will be honest with you about your options. Additionally, do your research. Seek out other parents that have been in a similar situation and ask for their advice. Finally, document everything that is going on with your child and anything with the other parent that might impact your child’s best interest or well being.

Remember that this is a difficult time for your child or children as well. Do your best to shelter them from adult conversations and seek out support resources for them too. Keep empowering yourself with information and be gentle with yourself as you go through this process.